can you find these in the pub?

go ahead, give it a shot 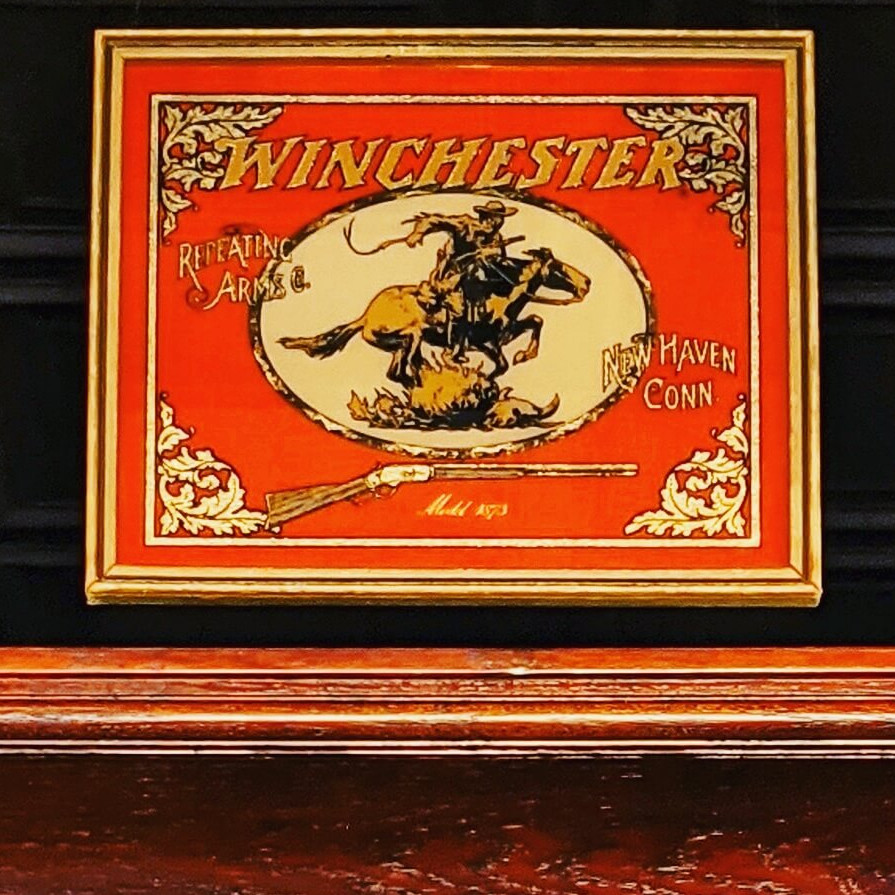 Shaun of the Dead is an iconic British horror comedy and one of our favorite movies. In order to escape the zombie hordes that are ravaging London, the main characters take refuge in their favorite pub – The Winchester. It’s a classic London pub that features a Winchester rifle hanging over the back bar. While we decided to go with a vintage mirror sign instead of a gun, we are proud to be pay homage to this fantastic piece of cinema history. (And yes, dogs can look up.) 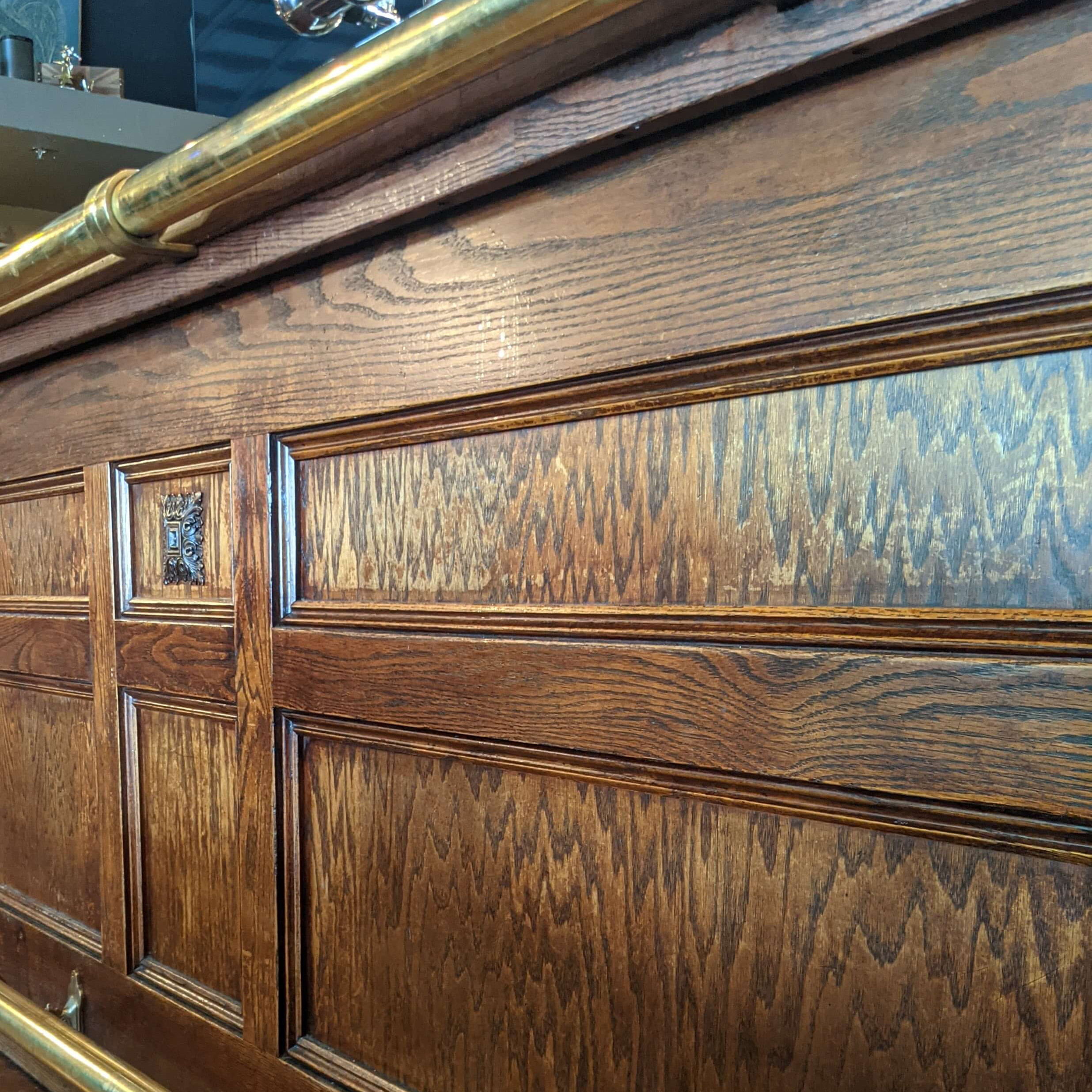 Our bar was originally from a place called the Ritz on Capitol Hill in Seattle. Built around the turn of the 20th century, it features the original hand-carved wood details, brass rails, and mirrors. It was saved from reconstruction projects 45 years ago and kept in storage in central Washington. After many months of scouring estate sales, auction sites, and architectural salvage stores, we found this beauty and had a master woodworker lovingly restore it over the course of nine months. With a group of friends and a lot of heavy lifting, we placed it here to stand as the centerpiece of our pub. 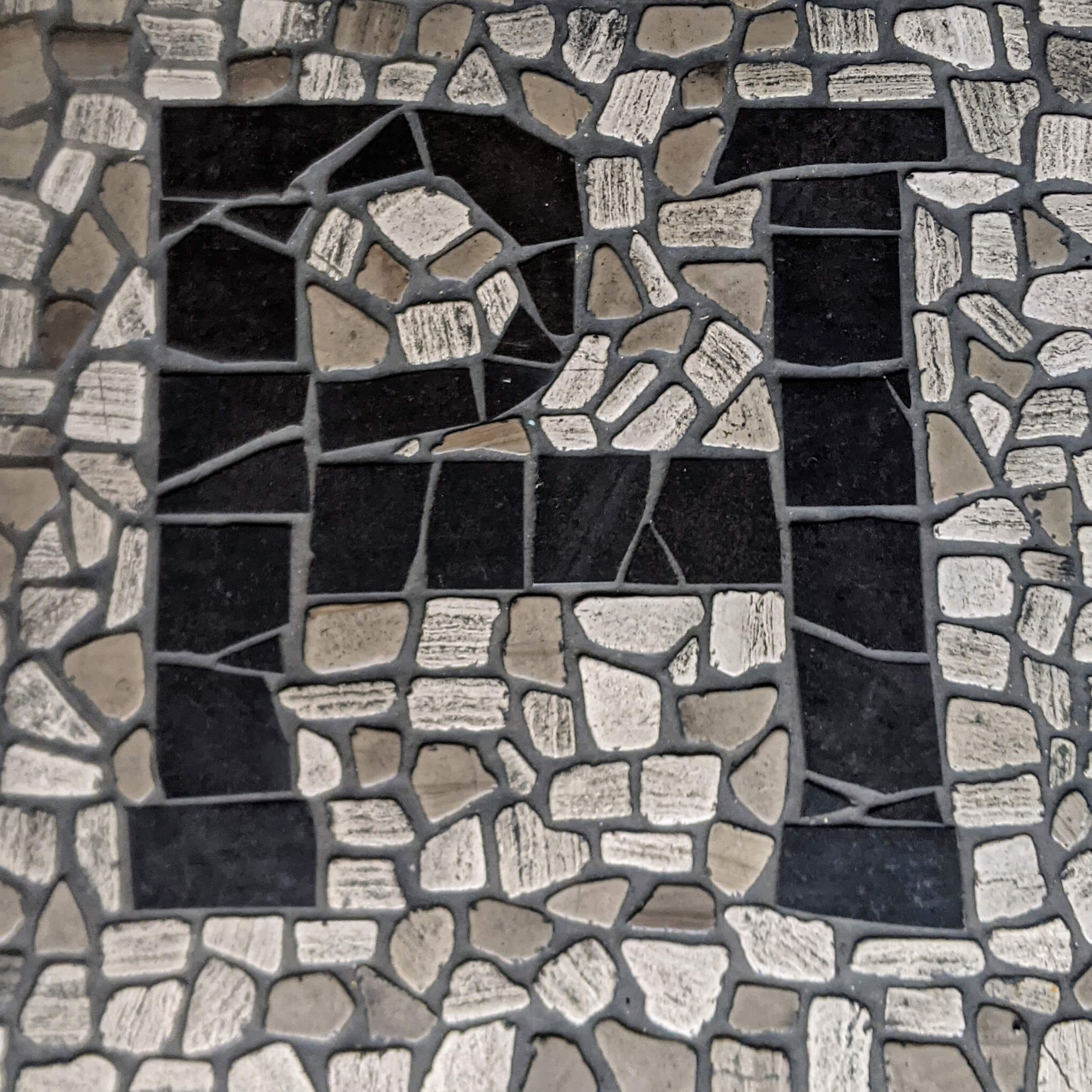 Patrick Hamilton was born in Glasgow to Sir Patrick Hamilton of Kincavil and Catherine Stewart, daughter of Alexander, Duke of Albany, second son of James II of Scotland. He was an influential abbot in St Andrews who, after travelling to Paris, returned to Scotland to preach the reformist teachings of Martin Luther. Because these teachings were heretical at the time, he was sentenced to death in 1528 and was burnt at the stake outside St Salvator’s chapel and the University of St Andrews Quadrangle. The fire burned for an agonizing six hours. During this time, legend has it that Hamilton unleashed a curse on the future students of St Andrews who set foot in the place where he burned. His initials were later set in stone in honor of his martyrdom. The first thing any St Andrews student learns is to not step on the “PH” set in stone outside the busy entrance to St Salvator’s Quad. A misstep could result in failing exams or, if a final year student, the loss of your entire degree. Our “PH” was designed and hand-placed by the landlady of the pub, Jennifer, who studied at the University of St Andrews and never once stepped on the cursed stones. 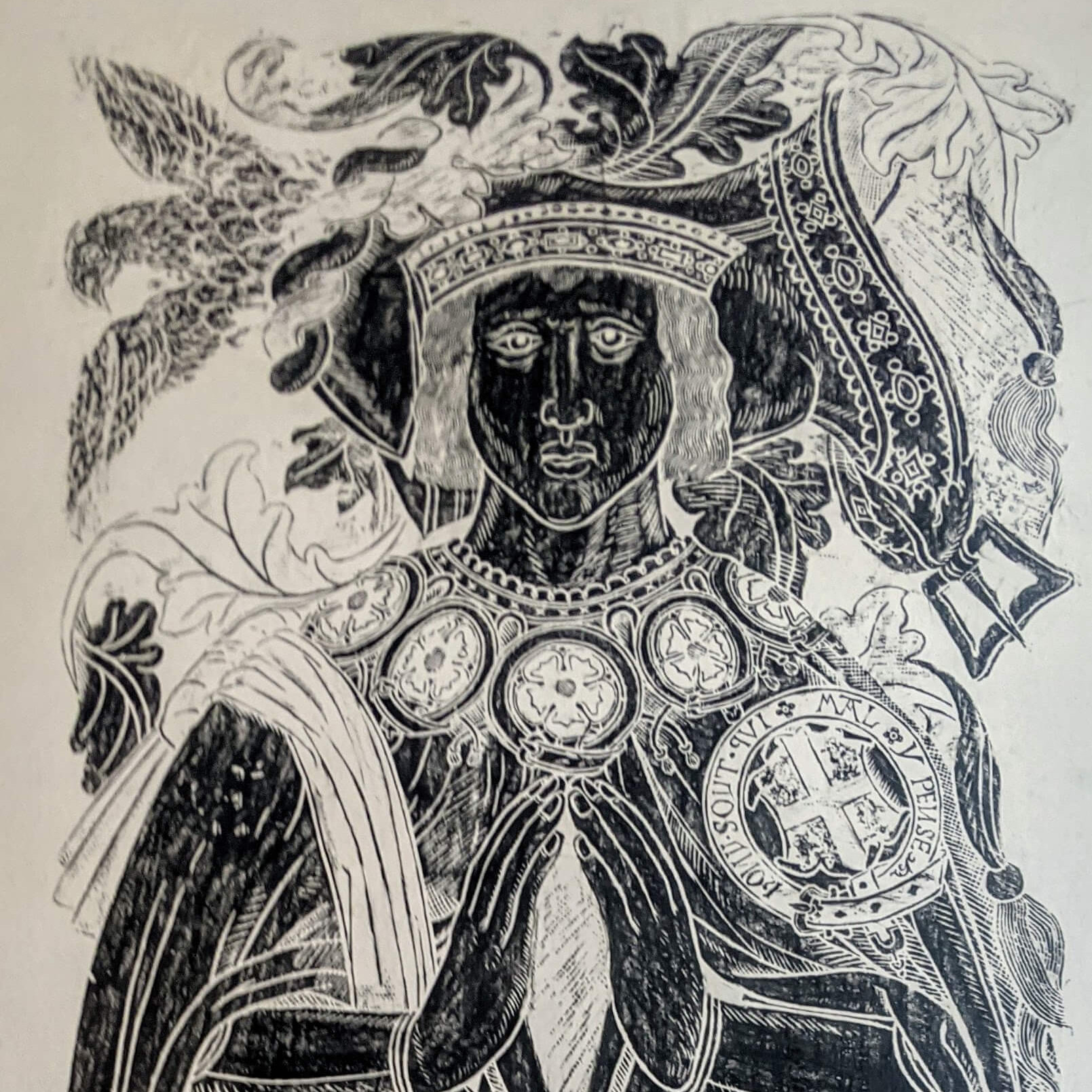 This is an original brass rubbing made nearly 50 years ago from Hever Church in Kent, England. It portrays Sir Thomas Boleyn, an English diplomat and politician who was the father of Anne Boleyn (the second wife of King Henry VIII) and the grandfather of Queen Elizabeth I. He is dressed in full robes and insignia of a Knight of the Garter, with a falcon on his right shoulder (crest of the Boleyn family) and a griffin at his feet, signifying strength, military courage, and leadership. 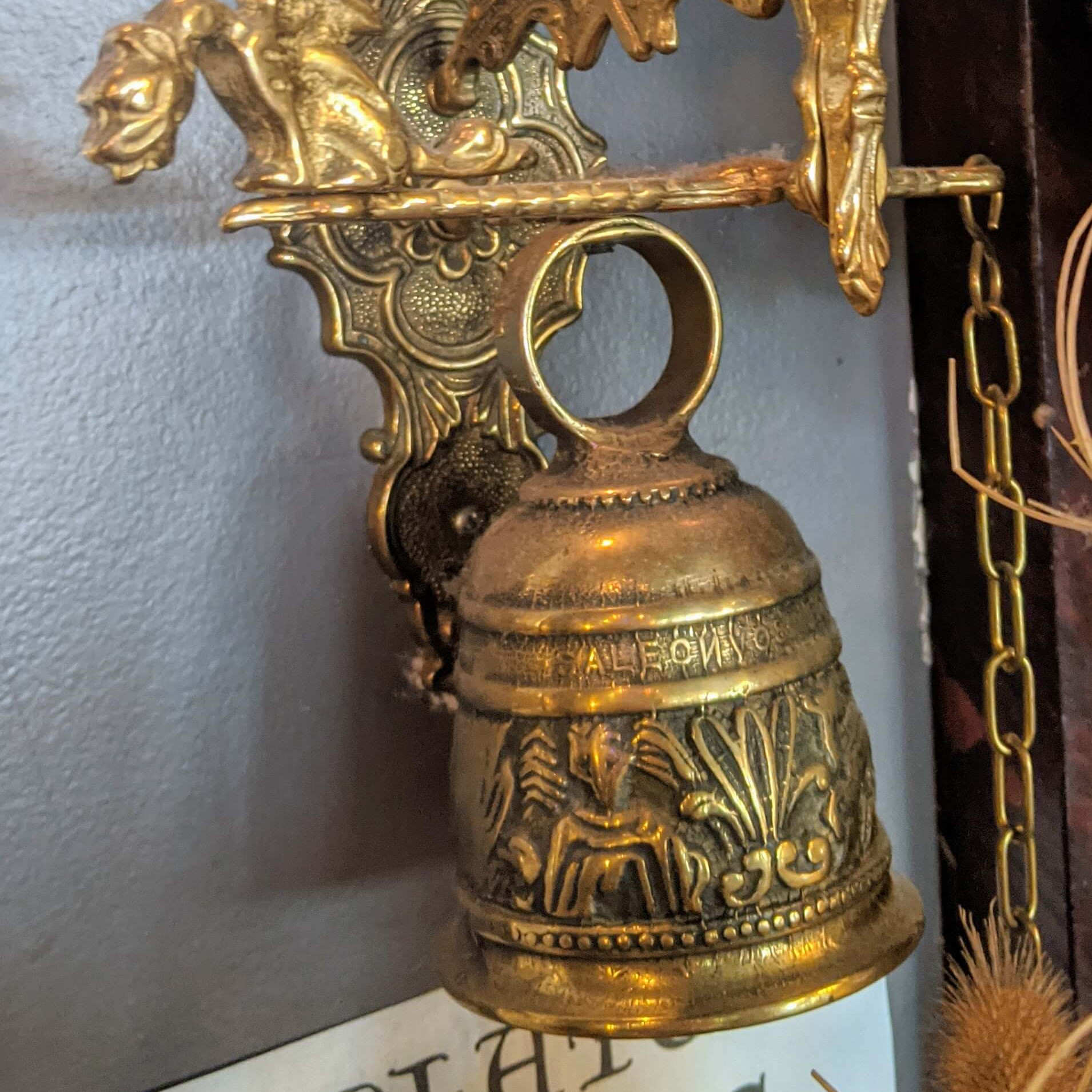 Every self-respecting pub has a bell that is wrung for last call each night and other special situations. Our brass bell is from England and features William Shakespeare, a dragon, and a phoenix. It also includes an inscription in Latin, so feel free to take a shot at translating! 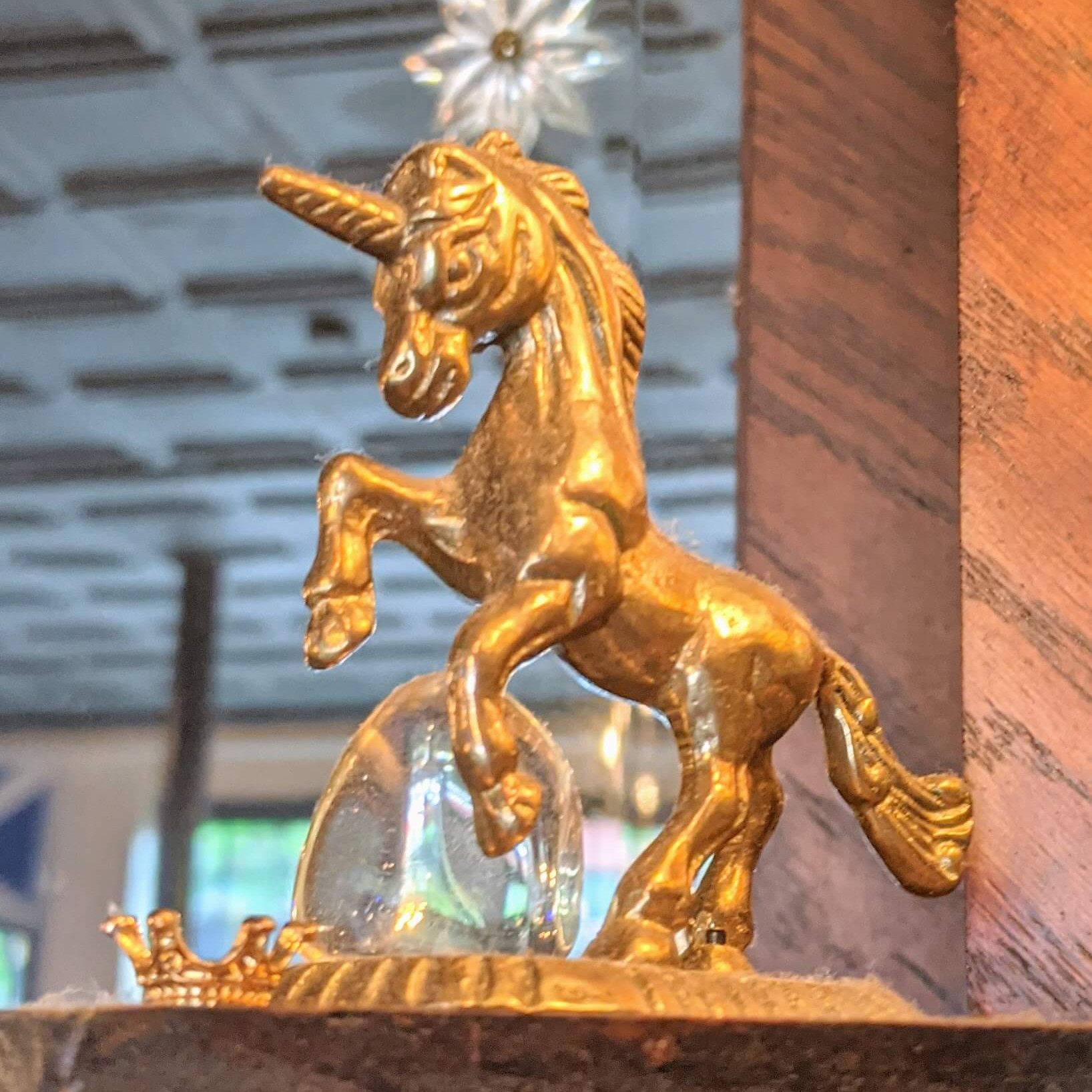 The unicorn is the national animal of Scotland and a symbol of purity, innocence, and power in Celtic mythology. These proud, untamable creatures are fiercely independent and famously difficult to capture or conquer, so as a nation, the Scots have always felt drawn to what they represent. The unicorn was first introduced to the royal coat of arms of Scotland around the mid-1500s. Scottish unicorns in heraldry are often shown with gold chains around their necks. It is believed that this was a way of showing the power of Scottish kings – that only they had the strength to tame the untamable.

The centerpiece of the pub’s Imperial Lounge is a decorative wooden hutch. While its origins are mostly a mystery, we do know that it was built and hand-carved in France in the 1800s. Our hutch houses many books, games, and artifacts from around the world. Feel free to take a closer look inside and see what you can find. 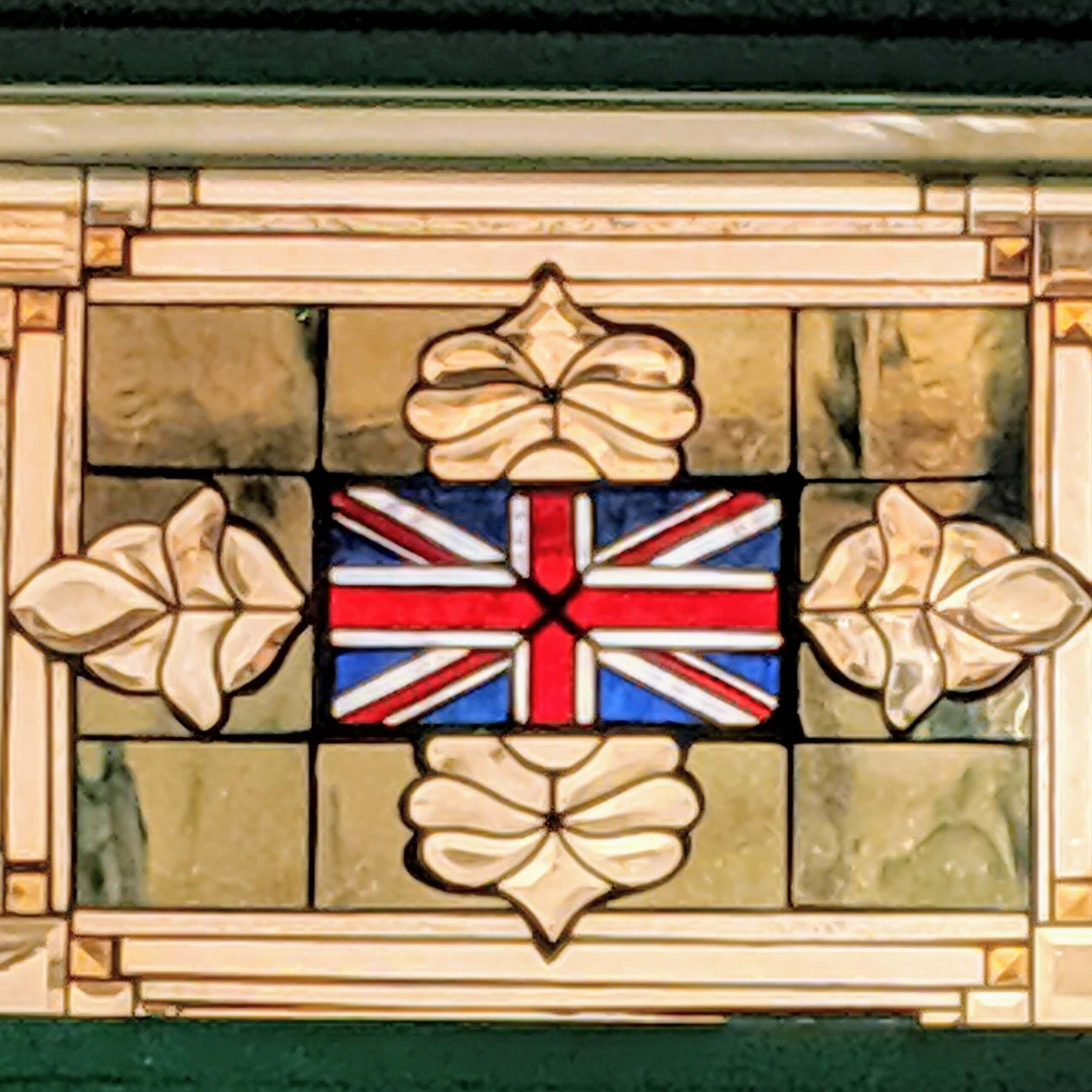 There is a very special stained glass window high up in the front entryway of the pub. This window was designed and crafted by Shannon Erwin, sister of the landlady and manager of the pub. The light behind it is on 24 hours a day, so we’re doing our part to make sure that light always shines on the Union Jack.